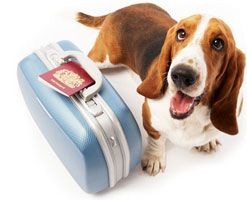 After two recent pet deaths, ABC News is reporting that the Department of Transportation is considering new rules for airlines when it comes to transporting animals.

The three major changes they have proposed are the following:

Still, with all these changes, the Department of Transportation encourages you to keep your pets off planes. “Air travel is a risk to your pet’s health and well being. Our goal is to promote the health and well being of animals and these two things are not compatible.”

Original artical can be found at PawNation.com here.

WE LOOK FORWARD TO WORKING WITH YOU